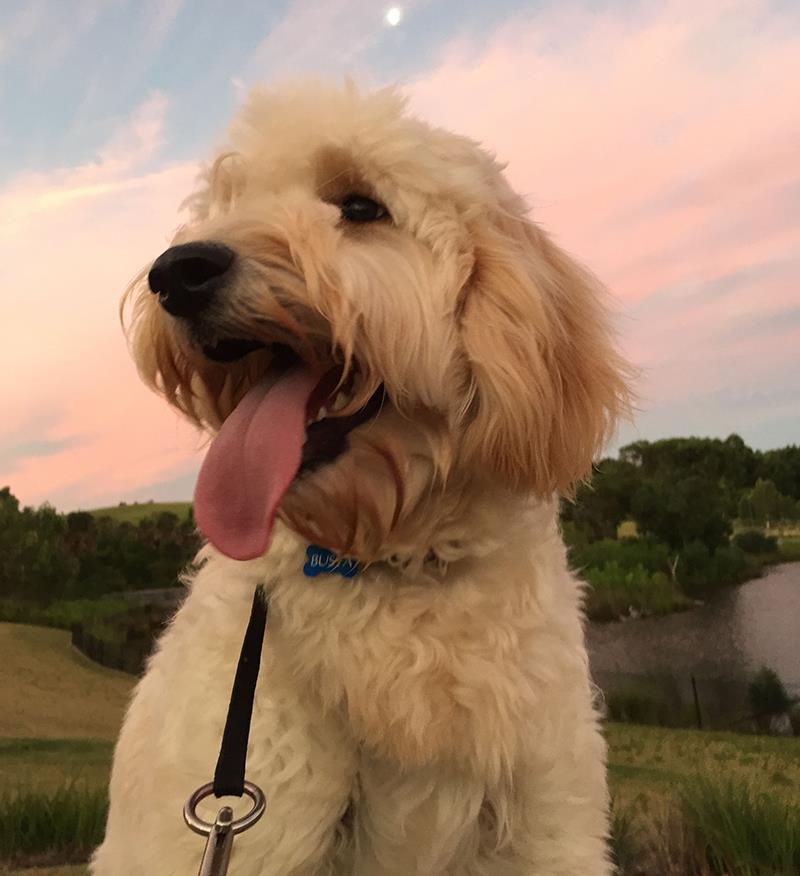 Busta joined our family as a healthy, bouncing, high energy Miniature Groodle pup. His breeder signed him up to Petplan from the outset. Right before the policy was due to expire & we were exploring our insurance options, Busta unfortunately had seizures. After extensive testing and an animal hospital stay, he was diagnosed with idiopathic epilepsy.

This was a very expensive process & I'd hate to think what may have happened to Busta had he gone to another owner. We of course renewed the plan for life as other insurers would exclude pre-existing conditions. Petplan were fantastic during the entire process, making claims straight forward and processing them promptly.

An idiopathic diagnosis actually implies that they couldn't determine the cause of Busta's seizures, just that they had eliminated all the things that can be tested for - such as parasites, liver shunts, toxicity, fever, infection, or genetic defect. There really are lots of things that can go wrong with your pet, it's pretty scary.

Fortunately we would have been able to take out a personal loan to cover the costs, however having Petplan meant we could instead focus on getting Busta better and home again.

Busta is great now! He's super friendly with people and other dogs, knows loads of tricks (including opening doors), and he is always happy and full of beans! Over an 18 month period we've weaned him off all medication under vet supervision and he hasn't had another seizure since the initial event. We also have him on a high quality diet, which is part of his management program. Check out this video of Busta and what he has been up to in the last 2 years!


Two Years In The Life Of Busta from KrissyBetty on Vimeo.